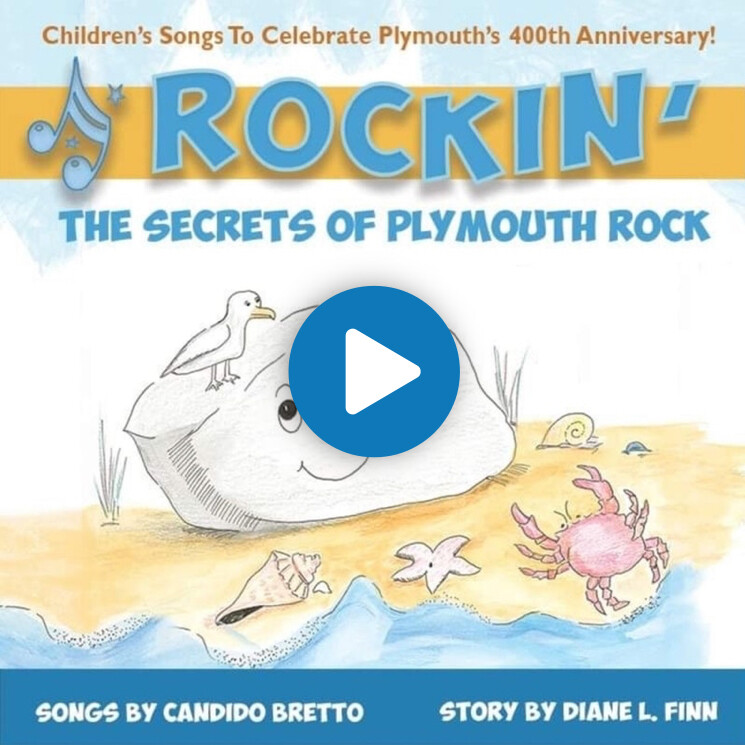 Pilgrim songs for a once-in-a-lifetime celebration!

It’s 2020 and Plymouth is celebrating the 400th Anniversary of the Landing of the Pilgrims! And just as its voice was heard during the Tercentenary Celebrations in 1921 Plymouth Rock’s voice is front and center once again. Only this time it sounds like 28 children and one man, Candido Bretto. Get ready to be taken on a musical journey back in time to when glaciers came down from Canada and deposited a large piece of granite on the shores of Pawtuxet (now known as Plymouth, MA). Imagine how lonely the rock must have been for thousands of years. But, then one day everything changed. The songs are sung by 28 children from Plymouth, Massachusetts, 4th and 5th graders in a recording studio owned by Plymouth native actor and singer Johnny Drama Alves. You may know Johnny from the hit A&E TV series Wahlburgers featuring Mark, Donny and Paul Wahlberg.

Click the image to the left to be taken to author Diane Finn’s website to purchase the storybook “The Secrets of Plymouth Rock”. It’s the inspiration behind the songs. The book combined with the CD is perfect for teaching and entertainment. The rock tells the story of the Landing of the Pilgrims from its point of view!